The title of Noel Streatfeild’s 1936 children’s classic book Ballet Shoes exerts an irresistible pull on the psyche of young girls everywhere, as strong now as it ever was.

Stories about ballet schools promise a glut of tutus, leotards, satin shoes, backstage rivalry, exotic teachers called ‘madame’, stars in the making, moments in the limelight. For many post-war little girls, Ballet Shoes was our first taste of the heady delights of battements and barre work, which we would practise in our bedrooms on wobbly toes holding on to the back of a chair, dreaming of being the next Anna Pavlova or Margot Fonteyn.

The funny thing is, Ballet Shoes really isn’t that kind of book. There’s not much actual ballet in it, and it doesn’t present stage success the ultimate fairy-tale ending.

If the novel is inspirational and aspirational, it’s do with values and concepts other than those connected with the world of showbiz. Although the story is built around the experiences of Pauline, Petrova and Posy Fossil at The Children’s Academy Of Dancing, run by Madame Fidolia, just as compelling is Streatfeild’s exploration of relationships, social history, films and theatre, literature, Shakespeare, education.

Gum to the rescue

Orphans are always a winner, and here we have three of them. Great Uncle Matthew (Gum), an eccentric explorer and renowned fossil collector, rescues the babies in turn from their individual situations, and deposits them with his niece Sylvia. His work of mercy completed, he disappears with an airy, ‘I ran into a friend with a yacht who is visiting some strange islands. I am joining him, and expect to be away some years.’ That’s the spirit!

Unlike other literary orphans, the Fossils receive nothing but kindness, support and wisdom from the group of adults who comprise their makeshift family. The core household consists of Sylvia, Nana her old nurse, Cook and Clara the housemaid. They live in the kind of genteel poverty which is frequently explored in the literature of the early 20th century, and which in Ballet Shoes is presented so convincingly that responses such as ‘yeah, right, three-servant poverty’ and ‘yeah, posh private day school poverty’ are quickly stifled.

To make ends meet, Sylvia rents out rooms, and the boarders who enter the Fossils’ lives bring far more than cash into their lives.

John Simpson and his wife encourage Petrova’s interest in cars, planes and engines, and lend a helping hand financially when needed. Dance instructor Theo Dane is the means by which the girls go the dance academy. The Fossils are home-educated by Dr Smith, a retired mathematician, and the wonderful Dr Jakes, a retired literature teacher, who talks to them about history and about Shakespeare, and teaches them to speak blank verse.

And all the adults know the value of drinks and snacks, a spicy ginger concoction when you’ve got a cold, creamy hot chocolate for a study break, with Japanese biscuits and Viennese cakes, cocoa and biscuits for cheering up. Honestly, you could move in yourself.

The house, the area and the way of life are so vividly created that you feel you do know it. The house is in Cromwell Road, in London’s South Kensington, home to the Victoria and Albert Museum, the Natural History Museum and the Science Museum.

The Fossils’ early childhood contains elements which will be familiar to many children of the 1930s-1960s — the insistence on being busy and doing things rather than ‘moping’, daily walks even if it’s raining, playing in the park with — well, they had hoops, but…

The rigour and structure of the girls’ home life balances the allure and uncertainty of the theatre, and they retain a sense of industry, determination and self-sufficiency throughout.

Far from idealising the world of stage-school kids, Ballet Shoes gives us minute detail about the realities of making a living in this environment. We are told that children can get the authorities’ permission to earn money from stage appearances when they are aged 12. And we see the licence that is granted — how could you not love a book which contains a facsimile of London County Council’s application form for a licence for a child to appear on the stage?

We are told exactly how much money they make, and how much they are obliged to save. The household economics are made painstakingly clear with figures and calculations which emphasise the precarious nature of this life.

There is just enough grit in the portrayal of the essentially nice-natured Fossils to make them realistic. Pauline has her diva moment, but is brought back down to earth by the theatre’s managing director and learns that she is not indispensable. Posy’s self-centred behaviour is highlighted but is accepted as being part of the otherness of real talent and genius. Posy is perhaps the least well-served by Streatfeild’s spare prose.

The lack of back-stabbing and mean girl behaviour in the academy group is remarkable, but against the background of economic necessity and the view of the theatre as a job and not as dream fulfilment, it makes sense.

When Winifred, the talented but plain girl who has to make money for her family, arrives too late for an audition and finds that Petrova has got the part, she is absolutely gracious and with a wobbly voice wishes Petrova good luck. She does not crow when she is given Pauline’s part for one night, as Pauline’s punishment for her hissy fit.

Winifred’s role in the novel provides another realistic angle, as her plain appearance is contrasted with Pauline’s pretty pink good looks. Winifred looks drab in the mustardy brown frock which is too small for her; Pauline glows in the black velvet frock bought from hocking (to Mr Simpson) the necklaces which Gum had sent to the baby Fossils.

Of course. the Fossils support Winifred, who is so nice and looks so wrong, and they lend her the frock, of course they do. But the scene where Pauline is picked out of the audition line for Alice In Wonderland with ‘Little Fair Girl in black, what’s your name?’ stands as a metaphor for a world in which the blonde in black holds a winning hand.

At the end of the book, Pauline renounces the stage, which is her real love, to become a Hollywood star and make enough money to fund Posy’s ballet training with a maestro in Czechoslovakia. Petrova, who has good-naturedly endured her stage training and theatrical experience, is free to become a pilot. The gritty little girls who chose to be sisters, chose their surname and vowed to make that name mean something in the world, have achieved self-fulfilment in the most satisfying way.

In Noel Streatfeild’s later book Curtain Up (published as Theater Shoes in the States), the grown-up Fossils give scholarships to three talented siblings at Madame Fidolia’s Academy. And we hear that Winifred is now teaching there. It’s nice that Winifred is working in a fine profession and passing on her talent — but how much more pleasing a different career trajectory would have been.

Winifred is a good actor and a brilliant dancer. She has a clever, interesting face. In another time, another place, Winifred’s individual looks would come into their own. You could see her as a jolie-laide star of French cinema, or, with her unusually good singing voice, a chanteuse interpreting, say, Jacques Brel songs in dimly lit bars on the Left Bank. Winifred deserves not to be defined by the ill-fitting unflattering frock she wore as a child.

‘Bridget Jones Diary was probably the best retelling of Pride and Prejudice, but Charlotte’s Wedding ranks a close second’

The tone of the narration of Stan Barstow’s A Kind of Loving draws you in straight away. The mixture of the historic present tense and vernacular expressions make the the story leap off the page.

How Picture Postcards Present a Snapshot in Time

Postcards give a snapshot of an era and a certain kind of character, not just in the images of seaside resorts and towns and villages, but also in the content and tone of the messages.

Hats Off to the Clive James and Pete Atkin Songbook

Songs About Real Places: Glen Campbell’s Town Trilogy — Galveston, Wichita Lineman and By The Time I Get To Phoenix 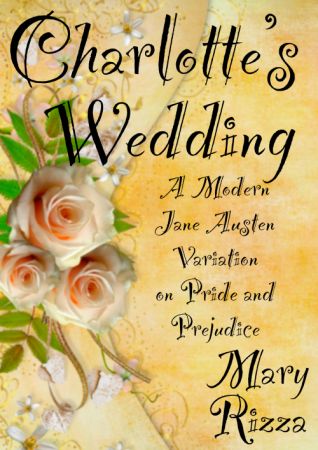